Chef Doug Is Grateful To His Strategic Partners

As a world class Executive Vegan Chef, Author, Activist, Father and International Consultant, Doug McNish is honoured to collaborate with many trailblazing brands around the world in his mission to bring plant based cuisine and the vegan lifestyle to the masses. He is passionate about helping progressive brands in the food and hospitality industry break barriers and achieve success with his award-winning vegan recipes and decades of highly sought after culinary business expertise. Chef Doug McNish is especially grateful to the following brands, not only for their strategic partnerships, but for their corporate ethics and leadership in making plant based food and veganism more accessible to the public. 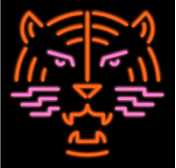 In 2020, Doug partnered with John Adamson to launch Charleston,South Carolina’s first vegan restaurant, a futuristic cocktail bar called Neon Tiger, set in the dystopian year 2048. With their shared passion for veganism, Doug and John’s close collaboration quickly proved to be a successful match as Neon Tigerwas awarded the title of Best New Restaurant in all of Charleston by its community, beating their conventional culinary counterparts.

Chef McNish spent a great deal of time developing and perfecting many unique vegan recipes for Neon Tiger’s menu, which pair beautifully with the array of incredible superfood cocktails also offered. He is particularly proud of the King Trumpet Calamari and Fromaggio and Champignon Pizza, which quickly became some of the most popular menu items.

Despite being the first fully vegan establishment in Charleston, Chef Doug McNish says that “the public reception has been fantastic… more than half of the people who walk through the door are not even vegan”, proving that plant-powered cuisine is for everyone. Doug is honoured to have played an integral part in bringing vegan cuisine to the historic city of Charleston, South Carolina, and is eternally grateful to Adam, the Neon Tiger team and the local community for their kindness, generosity and support. 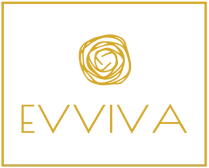 As an experienced restaurateur and menu developer, Chef McNish was thrilled to partner with Evviva Breakfast and Lunch, an established restaurant chain with locations in Toronto and Vaughan, Ontario, (with more locations soon to launch!) to expand their brunch menu to include several tantalizing vegan takes on some of their most popular menu items in order to meet the needs of their customers. Evviva’s owners reached out to Chef McNish for his expertise in vegan recipe development and restaurant consulting in response to the growing requests by their customers to offer more plant based breakfast and lunch options.

Ever since Evviva made the smart decision to listen to their customers, the brand’s local reputation has rapidly increased thanks to the massive popularity of their new vegan menu. On the morning of the vegan menu’s highly anticipated launch, dozens of people lined the streets waiting for their turn to order veganized versions of their favourite classic brunch and lunch dishes. Now, Chef Doug McNish’s plant powered recipes have become a staple in the Toronto brunch scene, putting Evviva on the map. Now, hundreds of people per day can experience such gastronomic masterpieces as his famous vegan Eggs Benedict, complete with runny yoke, and his mouth watering Reuban sandwich.

Doug greatly appreciates Evviva for giving him the opportunity to adapt their business model, making vegan breakfast and brunch food more accessible to their customers across the Greater Toronto Area. Last but not least, he is very excited about their recent plans for expansion and the future collaborations it will bring as they continue to give more vegan comfort food options to the public.

Executive Vegan Chef Doug McNish has worked in the world of plant based whole foods for decades, so he’s proud to partner with Gunnar Made in his mission to nourish as many people as possible with healthy vegan meals. Based in Charleston, South Carolina, Gunnar Made is a health and fitness coach who specializes in creating nutritional and exercise programs that cater to each of his client's individual needs and strengths.

Chef McNish has teamed up with Gunnar Made to offer a Whole Food Plant Based Meal Prep delivery service that utilizes Doug’s extensive knowledge of plant based whole foods and the limitless benefits they can offer our mind and bodies. With their combined expertise and talents, Chef McNish and Gunnar Made aim to teach as many people as possible about how they can improve their energy, gut health, immune system and more by following a whole foods plant based diet. 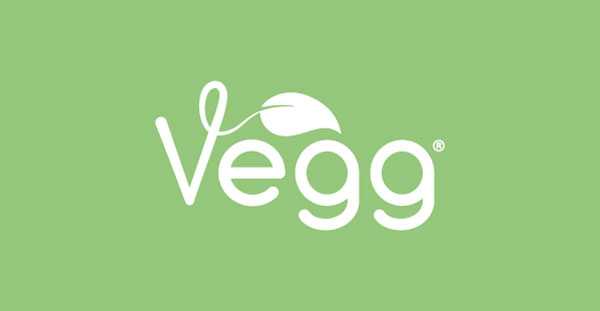 Before partnering with Vegg, Award-winning Gastronomer and Vegan Chef Doug McNish spent years perfecting his own vegan egg recipe. Now, Doug has worked with The Vegg to spread the cuisine and ethics of veganism throughout kitchens and establishments across North America, Australia and Europe in their shared mission to make plant based food and the vegan lifestyle more accessible to all.

As a longtime supporter of Vegg, Doug is proud to work with an ethical company that understands the importance of infusing their business model and corporate culture with the values of compassion, ethics and environmentalism. With the help of Vegg and their plant based egg products, Chef Doug has been able to scale his vegan meal production exponentially, allowing him to bring all kinds of delicious plant based recipes to plant addicts and plant-curious foodies around the world.

With the global popularity of plant based diets and the vegan lifestyle continuing to rise daily with no signs of slowing down, Doug is grateful to work with such a progressive brand as The Vegg. Together, they will help create a world where people don’t need to compromise their ethics for the sake of convenience, flavour or texture. Internationally acclaimed Executive Chef Doug McNish says, “I look forward to working with The Vegg for many years to come, bringing veganism to the masses around the world.”

Eagle Canada: The Importance of Inclusivity and Human Rights Advocacy

Since he was 15 years old, Doug was raised in the kitchens of various bars and restaurants across Toronto, working his way from dishwasher to line cook and ultimately to head chef. Unfortunately, there came a time in his career when he realized that growing up in this aggressive environment had taught him more than just cooking skills.

Today, Doug is a huge supporter and fan of Egale Canada and their work advocating for the rights of 2SLGBTQI people across the country by informing public policy and inspiring cultural change through education, research, awareness and more.

Inspired by Egale’s important work, Chef Doug is doing his best to aid their mission of promoting human rights and equality by spreading the message of the importance of inclusivity throughout Canada’s restaurant industry. Read more about Egale Canada and how you can join Doug in supporting this life-saving cause by clicking the button below.